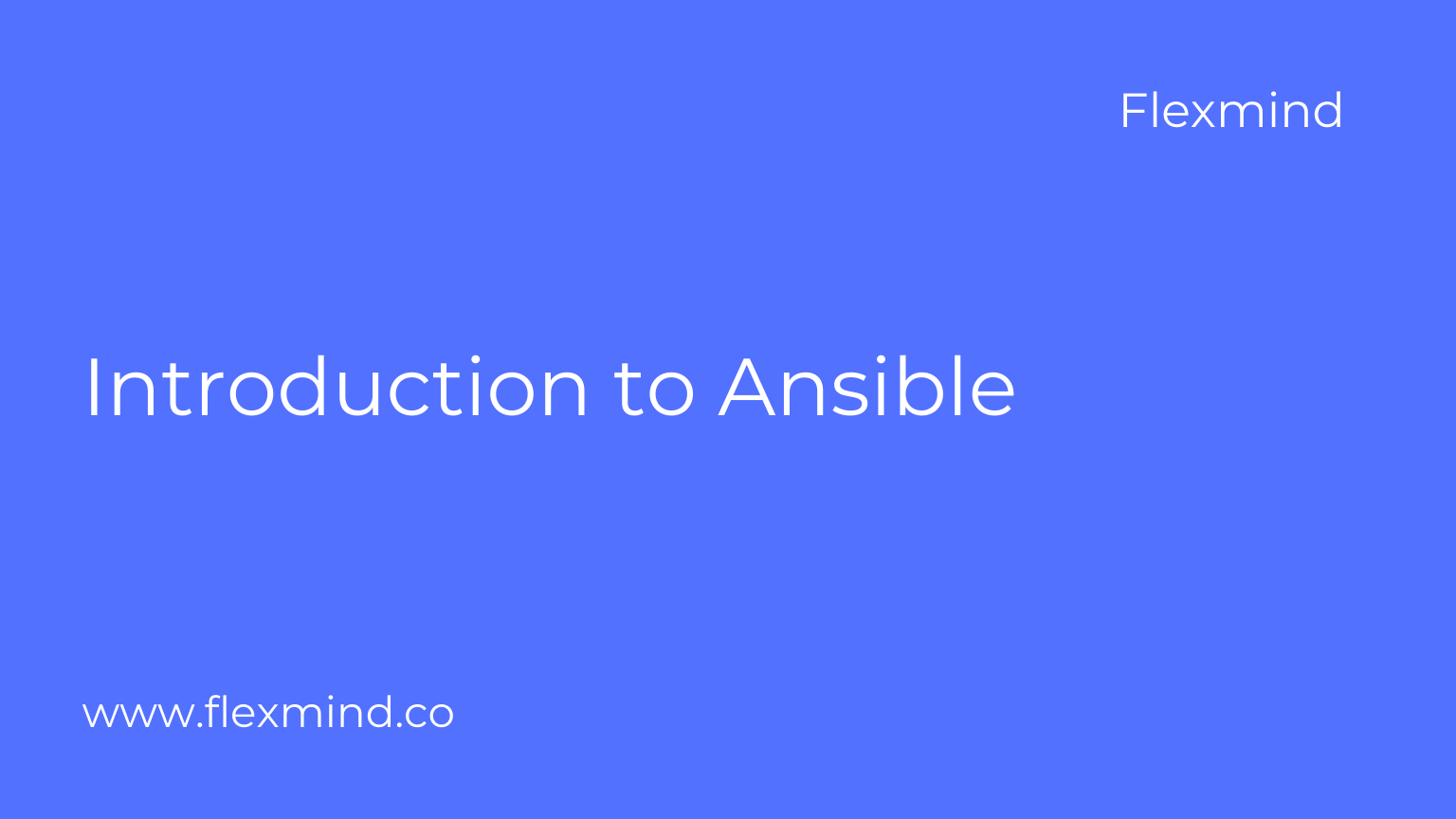 In this blog Introduction to Ansible you will learn about the main components on Ansible.

Ansible is an open-source IT Configuration Management, Deployment & Orchestration tool. It aims to provide large productivity gains to a wide variety of automation challenges. This tool is very simple to use yet powerful enough to automate complex multi-tier IT application environments. Simple, powerful, and agentless IT automation that anyone can use. It uses SSH to connect to servers and run the configured Tasks. Ansible lets you control and configure nodes from a single machine. The project was found in 2013 and bought by Red Hat in 2015.

No Agent- As long as the box can be ssh’d into and it has python, it can be configured with Ansible. Idempotent- Ansible’s whole architecture is structured around the concept of idempotency. The core idea here is that you only do things if they are needed and that things are repeatable without side effects. Declarative Not Procedural- Other configuration tools tend to be procedural do this and then do that and so on. Ansible works by you writing a description of the state of the machine that you want and then it takes steps to fulfill that description.

Tiny Learning Curve- Ansible is quite easy to learn. It doesn’t require any extra knowledge.

What are roles in Ansible?

There are many different ways to source variables:

How to Run the Ansible Commands?

Transferring file to many servers/machines

Ansible Tower is a GUI and REST interface for Ansible that supercharges it by adding RBAC, centralized logging, auto-scaling/provisioning call-backs, graphical inventory editing, and more.

This command line tool sends commands to the Tower API. It is capable of retrieving, creating, modifying, and deleting most resources within Tower.

A few potential uses include: