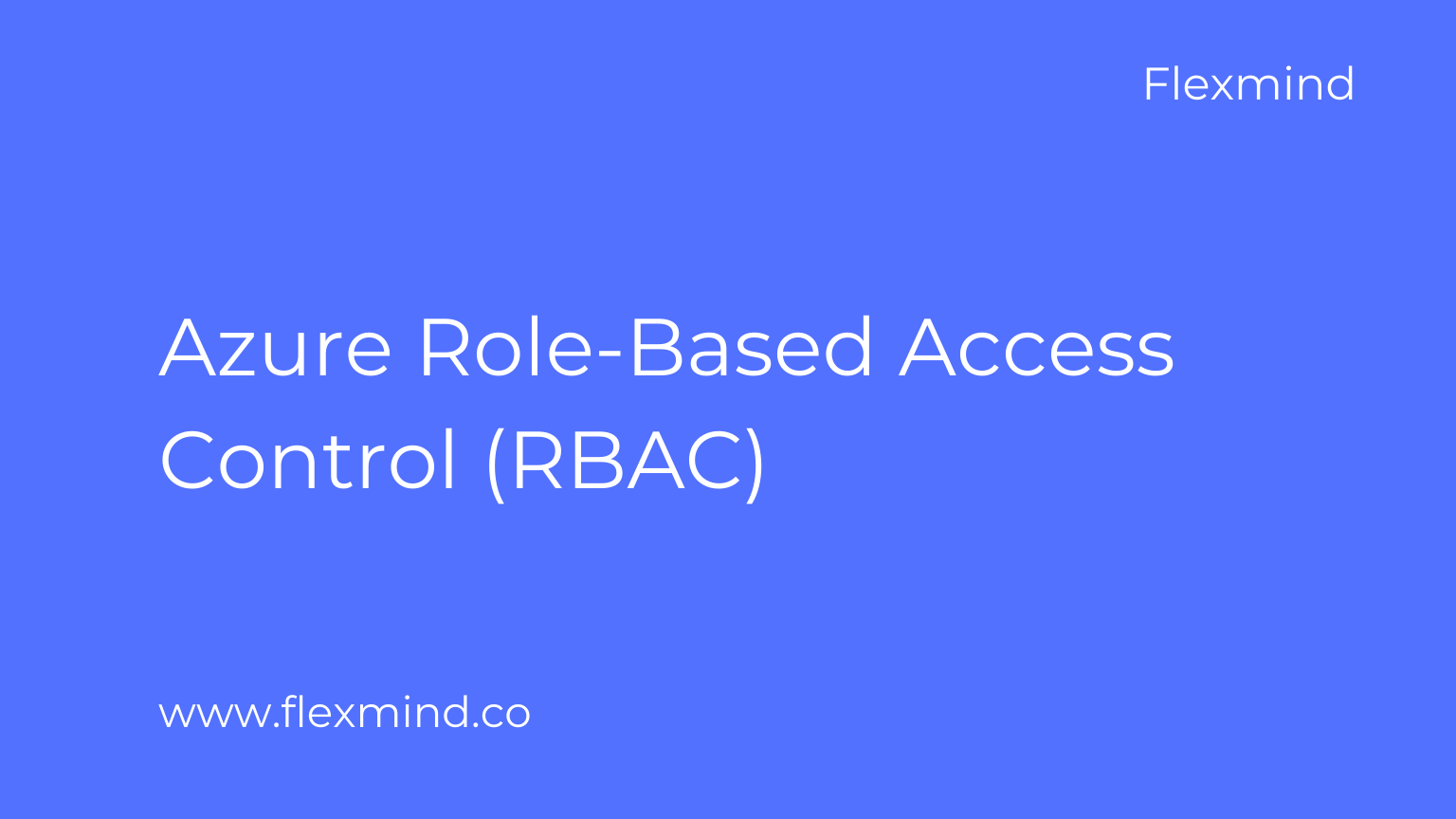 Azure Role-based access control (RBAC) is a policy-neutral access-control mechanism defined around roles and privileges. The components of RBAC such as role-permissions, user-role, and role-role relationships make it simple to perform user assignments.

Access management for cloud resources is a critical function for any organization that is using the cloud. Azure role-based access control (Azure RBAC) helps you manage who has access to Azure resources, what they can do with those resources, and what areas they have access to.

When defining an RBAC model, the following conventions are useful:

Through RBAC, you can control what end-users can do at both broad and granular levels.

You can designate whether the user is an administrator, a specialist user, or an end-user, and align roles and access permissions with your employees’ positions in the organization.

Permissions are allocated only with enough access as needed for employees to do their jobs.

What if an end-user’s job changes? You may need to manually assign their role to another user, or you can also assign roles to a role group or use a role assignment policy to add or remove members of a role group.

By adding a user to a role group, the user has access to all the roles in that group. If they are removed, access becomes restricted. Users may also be assigned to multiple groups in the event they need temporary access to certain data or programs and then removed once the project is complete.

Azure RBAC can do the following things :

A role definition is a collection of permissions. It’s typically just called a role. A role definition lists the operations that can be performed, such as read, write, and delete. Roles can be high-level, like owner, or specific, like virtual machine reader.

Scope is the set of resources that the access applies to. When you assign a role, you can further limit the actions allowed by defining a scope. This is helpful if you want to make someone a Website Contributor, but only for one resource group.

In Azure, you can specify a scope at multiple levels , scopes are structured in a parent-child relationship.

When you grant access at a parent scope, those permissions are inherited to the child scopes. For example:

Azure RBAC was an allow-only model with no deny, but now Azure RBAC supports deny assignments in a limited way.

Similar to a role assignment, a deny assignment attaches a set of deny actions to a user, group, service principal, or managed identity at a particular scope for the purpose of denying access.

How the roles are related to each other ?

Azure role-based access control (Azure RBAC) was added later on for the finer granular access to the resources.

Azure RBAC includes many built-in roles, can be assigned at different scopes, and allows you to create your own custom roles. To manage resources in Azure AD, such as users, groups, and domains, there are several Azure AD roles.

The following diagram is a high-level view of how the classic subscription administrator roles, Azure roles, and Azure AD roles are related.

In the Azure portal, role assignments using Azure RBAC appear on the Access control (IAM) blade. This blade can be found throughout the portal, such as management groups, subscriptions, resource groups, and various resources.

In the Azure portal, you can see the list of Azure AD roles on the Roles and administrators blade.